Beginning with the most pressing of concerns, if you’re in South Australia and in need of refreshment, keep an eye out for the team from Cavalier who hit the road a few days ago and is clocking up the miles in conjunction with the brewery's official SA launch.

Up in NSW, the Illawarra Brewing Company has had a bit of a reshuffle of its range, redone its branding, is taking on a slight change of direction, and has launched a new IIPA. Thus far it’s only been available at the brewery but tonight makes its big city debut at an eight tap takeover at Hotel Sweeney's (one that also features the last keg of one of our best new NSW beers of 2015). The following day, the Empire Hotel will set your evening on the right course with its afternoon Beer Club.

There’s more meet Meet the Brewer action happening in the area as Jeppe Jarnit-Bjergsø from New York’s Evil Twin Brewing joins Australia’s own Adam Betts from Edge Brewing for a mini tap takeover at Newtown's Union Hotel to share a beer with you. Not travelling quite so far, but still a different world, will be the brewers from Parramatta’s Riverside Brewing Company when they bring what we believe is every one of their beers to Surry Hills’ Keg & Brew for a 13 tap takeover.

In food and beer action, Rocks are putting on their first Beer, Chocolate & Cheese evening at the brewery while The Crafty Squire will be channelling James Squires' original voyage to Australia via several five course, five beer feasts as part of the Melbourne Food and Wine Festival.

Related to that – at least in an historical sense – are the next Ale Stars sessions at the Local Taphouses in Sydney and Melbourne which will be focusing on historical styles, so expect to get your quota of braggot and gose. Also at the St Kilda Taphouse, the distillers from Four Pillars are taking up something of a residency over the Labour Weekend and will be slinging you beer cocktails and boilermakers.

And if you’ve not yet got any plans for Easter, how about Port Stephens? The team at Murray’s is putting on its much-loved Blues, Brews & BBQs festival again which will see the release of a Chocolate Easter Egg Beer and a Hot Cross Bun Beer which you’ll be able to enjoy to the backdrop of good tunes and family-friendly fun.

Got a beer event to add? Email the details to events@craftypint.com From the deep bush of Papua New Guinea via one of Mexico's most dangerous cities to creating Eden in the Southern Highlands, Marie Claire Jarratt discovers one couple's journey to brewery owners has taken the road less travelled. read on 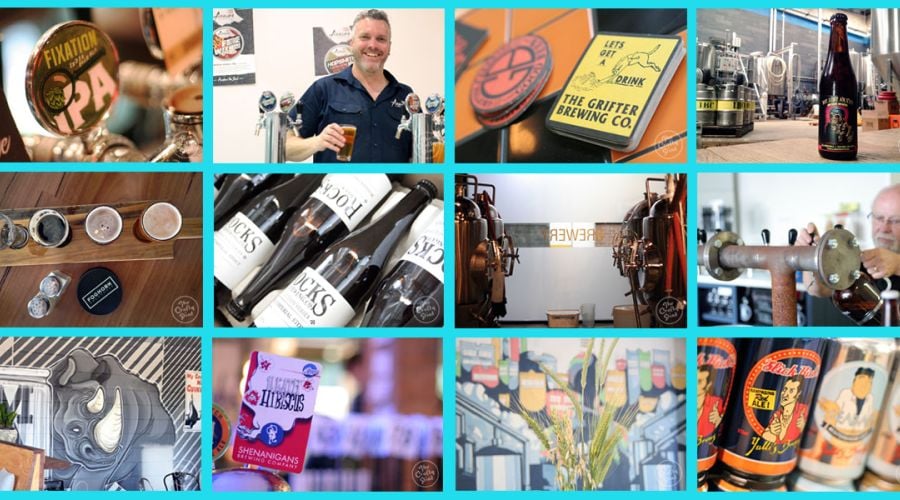