Yet here, on the northern end of Orchid Avenue – one of the most infamous streets on the Gold Coast – the House of Brews does just that while rubbing shoulders with high end hotels and some of Surfer’s Paradise’s biggest nightclub venues. And, although the street in which it's located has a reputation for disorder, this venue genuinely offers a change of pace and, perhaps more importantly, a change from the generic beer choices and accompanying oversized decals found in the vast majority of venues in the resort city.

Just as dozens of Brisbane bars have began embracing the changing beer scene, so has House of Brews. Peruse the taps and you’ll find support for locals such as Burleigh and Fortitude as well many interstate micros and imports such as Sierra Nevada.

It opened its doors in July 2015 and has quickly cemented itself as one of the hottest new quality establishments in South East Queensland. With its 32-beer tap wall augmented by a large selection of local and international bottled craft beers, the aim is to provide something for everyone – and, more to the point, something that few others in the region are offering.

The beer menu has been carefully crafted to provide a mouth-watering selection of beers from Australian breweries such as 4 Pines, Mountain Goat, Stone & Wood, La Sirene, Feral and Holgate. Sure, you might find Hahn, XXXX or Canadian Club pouring from some of the taps too, but the owners say there's more craft beer in the pipeline vying for a place on their tap wall.

The venue is, says Sacha, “a venue for a more discerning and mature clientele.” 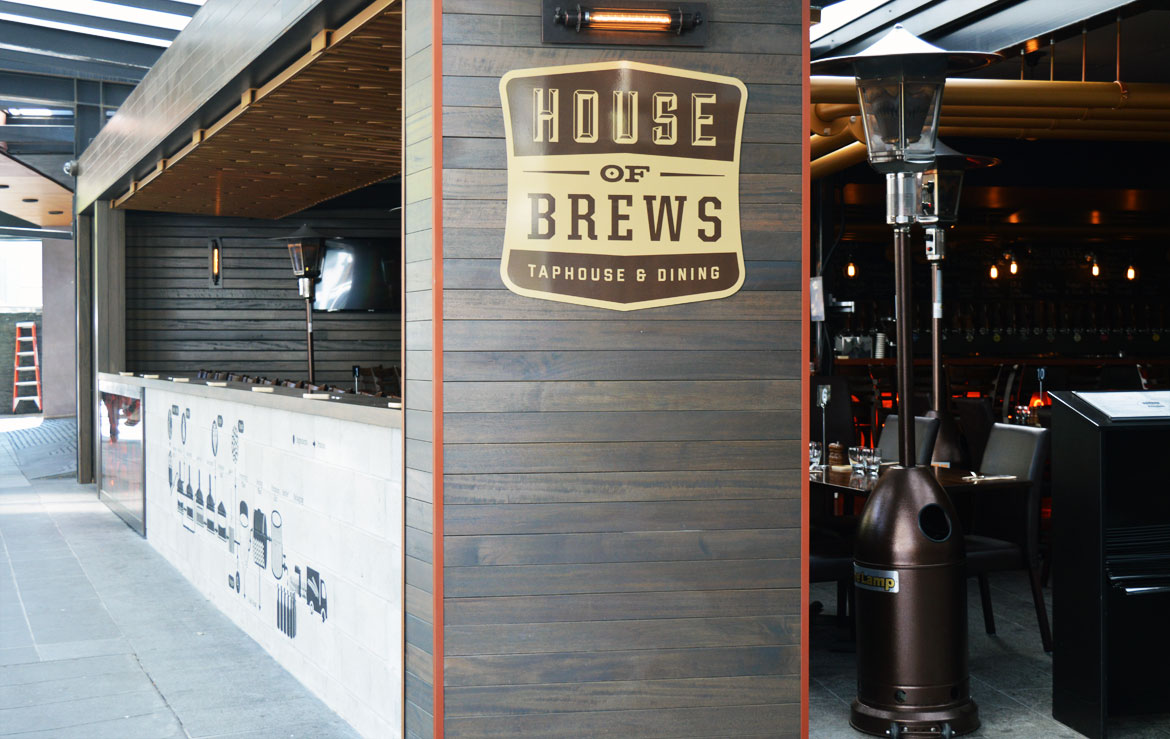 “The House of Brews is not just a taphouse, but a dining establishment based on American-inspired BBQ,” he says.

As such, the menu features a large selection of classic American meat dishes, with sticky American-style ribs, build your own slow-cooked beef brisket and Buffalo wings cooked three ways the most notable and lip-smacking. There are also novelty items on the menu, including their signature Redneck burger, an onion ring volcano tower dripping with truffle cheese sauce and a cotton candy tower served in an over-sized martini glass.

Live music is also a regular weekend feature at the House of Brews, where blues and rock ‘n’ roll artists entertain the crowds well into the night. It also boasts the only rooftop cocktail bar in Surfer’s Paradise – designed to offer a secluded oasis, with dimmed lighting and music at a respectable volume, for customers to relax amongst the high rise towers of Surfer’s Paradise and away from the hustle and bustle of Orchid Avenue and beyond.

Yet, it’s perhaps the dedication to beer that is the most standout feature, one that shows just how far good beer’s tentacles are spreading.

With Burleigh Brewing set to be joined on the Gold Coast by the surfers’ brewery Balter and another micro in the form of Black Hops Brewing, and with venues such as Bine Bar, Ze Pickle and Pigs & Pints offering punters something more than the mundane, the area’s future really is starting to look golden.

Author James Graham is a recently relocated Scottish expat, a scientist and a writer who enjoys good quality craft beer to keep him cool and sane under the scorching heat of a Queensland sun. 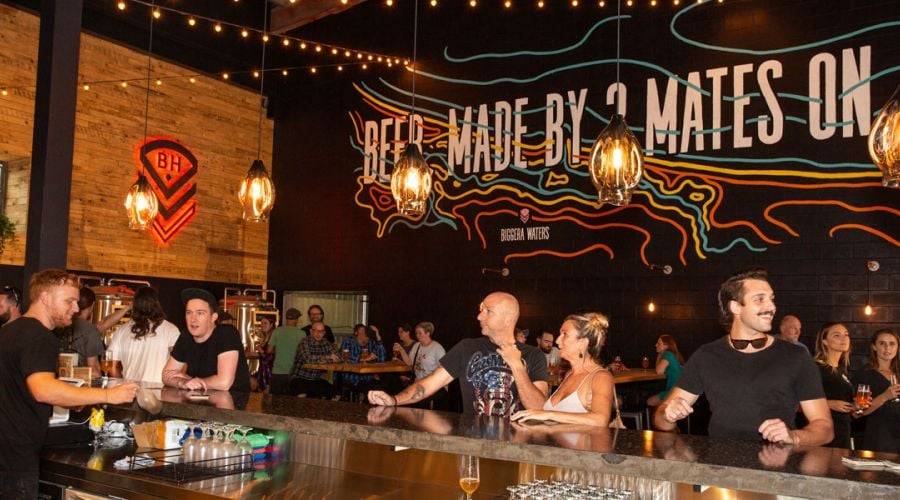