Taking a walk down High Street in Armadale, you’d be forgiven if you didn’t expect to find a craft beer venue tucked in among the wedding dress salons. But, where some might see a street that wouldn’t suit such a business, Dan Taranto saw opportunity.

After a few years helping to build up CBD bagel joint 5 & Dime, Dan decided it was time to pursue his real passion: good beer. He stepped away from the bagel business and put his mind to finding the perfect location for a craft beer bottleshop and bar that could become a favourite spot for locals, while also offering enough variety to bring in beer lovers from further afield.

Armadale offered two elements that melded well with Dan’s plans: it was close enough to his own suburb to easily get to and there were few venues in the area offering much in the way of craft. After a few months of hunting, he found the perfect spot at 1219 High Street, right in the heart of bridal shop central, and took it over in time to open the doors of Otter’s Promise in late 2016.

The building, formerly a wine shop, is all brick walls and natural light streaming in from the shopfront window. There's enough space for a bar area in front, while fridges and shelves at the back stock around 300 different beers. Old watercolour paintings of forests and wildlife lend a kitsch charm, while displays of sought after beers from breweries like Lindemans and Almanac prove the craft beer credentials are strong.

Choosing a name, Dan and his partner Garrity threw down as many beer related words they could think of. From a list of malts, Golden Promise and Maris Otter rose to the top of the pile to form Otter’s Promise. Sounding somewhat like an old English pub, it subtly hints at the British origins of the malts that make its name.

In August 2017 – a little later than originally hoped – a license was granted that allowed Otter’s Promise to start pouring draught beer from six taps and, thus, to act as a local’s hangout, one where you can pull up a chair and taste your way through whatever catches your eye in the fridge or pouring from one of the rotating taps at the bar. In an area not overflowing with craft beer, there will always be a couple of pales ales or easy drinkers for those just dipping their toes, while the others will rotate through the more weird and wonderful offerings available from across Victoria and beyond.

A select range of wines and spirits can also be found on the shelves, with a strong showing from local Victorian and Australian companies, such as Four Pillars, Starward and Archie Rose.

With craft beer becoming a more accepted and understood part of Australia’s beer culture, the neighbourhood beer bar is helping to lead the charge by delivering an environment where people can explore their beer tastes without the pressure of choosing from a heaving tap list of 20 plus brews. So if the Otter is promising good beer for the people of Armadale, then that promise is indeed golden. 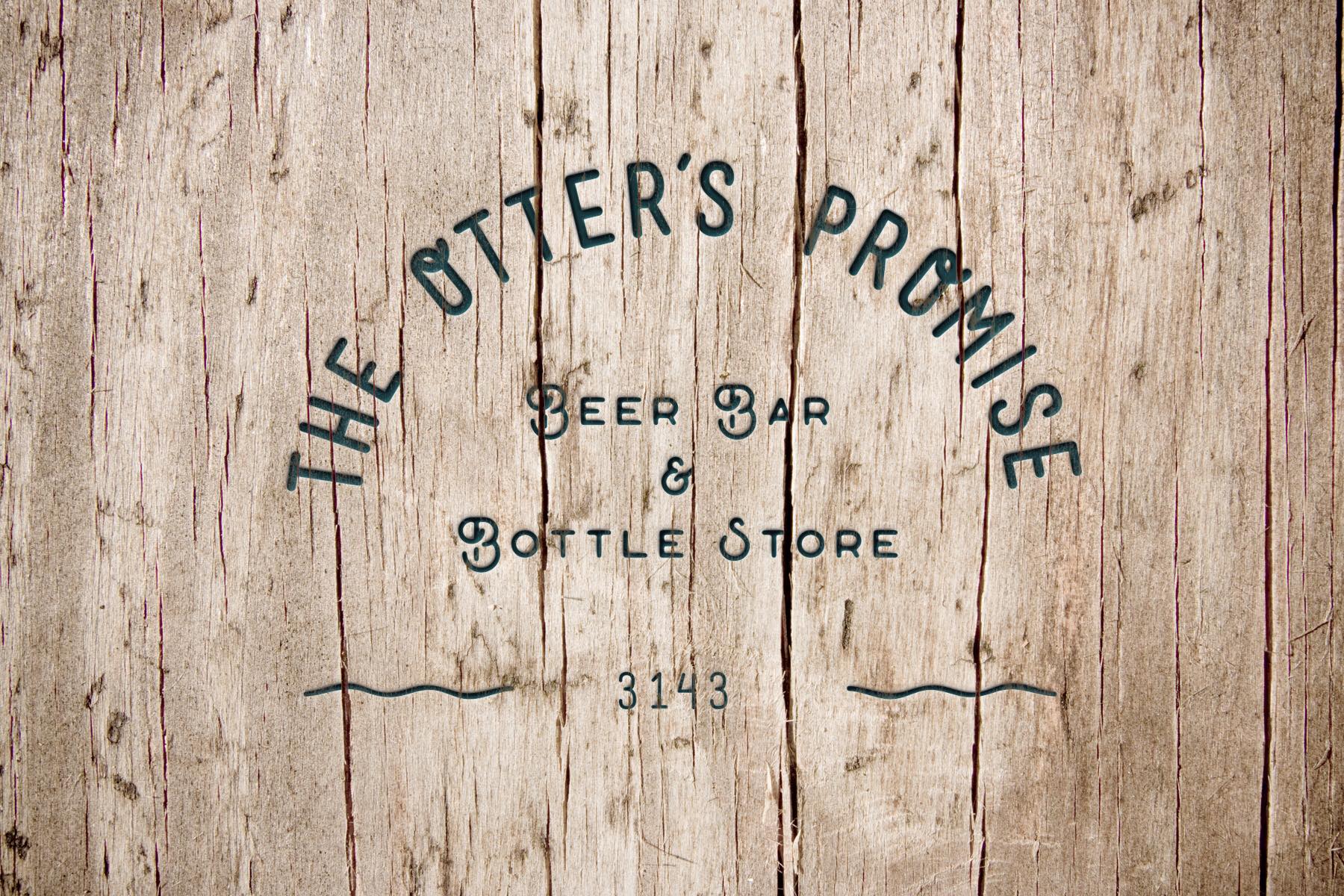 15% Off Mixed Sixes at Otter's Promise