There's little doubt that Sydney's CBD is blessed with some fine craft beer venues, from underground bars to rooftop gardens, grand old brew pubs and everything in between. But as for good beer bottle stores, there's a bit of a dearth. However, that almost doesn't matter when you have one as good as The Oak Barrel.

The Elizabeth Street store is home to one of the more impressive selections of craft beer to be found anywhere across the city. But that's only half the story. Well, a third of the story to be exact because the Oak Barrel team pride themselves on expertise not only in beer, but wine and spirits - especially whisky. In fact the beer side of the business has been the relative late bloomer, much as it is has been across Sydney in general, but that hasn't stopped them taking to it with gusto.

Their range now boasts more than 800 different beers, featuring independent brewers from across Australia and just about every other beer-producing country of note. Taking in the weird to the wonderful (often in the same bottle) you'll find a bit of everything here, from NSW brewers like Little Brewing, Modus Operandi, and HopDog to interstate names such as Feral, Moon Dog and Two Metre Tall through to international big-names like Stone, To Øl and Rodenbach. And it would appear they haven't any plans to stop; every time you visit the store it seems as though an old shelf has been cleared out - or a new one put in - to help cope with the ever expanding range. They even branched out to draught beer by installing a two tap growler system.

Independent since 1956, The Oak Barrel's reputation is built as much on the quality and knowledge of their products as it is for the sheer breadth of what they stock. If you're after any sort of assurance of that quality, almost every beer, wine and spirit stocked at the Oak Barrel has been tried by the staff before it's put on the shelf to tempt you. As a result, it's well worth asking for a staff recommendation if you're not sure what you're looking for.

It's also worth keeping an eye out for the regular tastings that take place across the range, from the small counter-top variety to professional sit-down affairs in a dedicated tasting room that's surely the envy of every other bottle store in the land. Cavernous and grand, it hosts events ranging from Winemaker's Dinners to mini-festivals. Their annual Whisky Fair is legendary and a guaranteed sell-out, the Sydney Boutique Wine Fair gets people up close and personal with some of Australia's most interesting winemakers while the Sydney Craft Beer and Cider Fair features dozens of local brewers and hundreds of beers. (Pro tip: ask about becoming an Oak Barrel member to get discounts on events, invitations to members-only events and a discount on purchases).

With a comprehensive range, knowledgeable staff and an enviable location, The Oak Barrel is a must-visit destination for those who like getting a little extra quality from what they drink. And if you can't get there in person, everything is now available to order online. 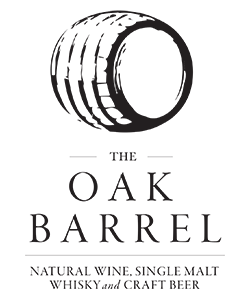