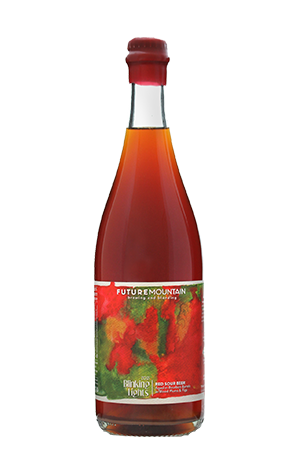 Whether it’s watching Monty Python’s The Meaning of Life or Die Hard, Christmas traditions hold a special place, reminding not only that the end of the year is here but also that another year has passed us by. Apparently, some Christmas traditions don’t even involve movies, such as Future Mountain’s Blinking Lights release. At the end of each year since they launched - which brings us to number three at the tail-end of 2021 - they bring together bourbon barrels and fruit to create a complex but light and refreshing sour beer. Think of it as something like drinking and white wine in the sun and gobbling down your Christmas pudding at once.

Each year the fruits used in Blinking Lights changes and for 2021, the brewery has used blood plums along with figs, which have been combined with a red sour beer that’s spent 11 months aging in puncheons. That combination was then finished in Heaven Hills barrels to create a beer that pours a deep red, almost-auburn colour and has a woody, charred oak character running throughout. In turn, that leans into a vibrant acidity of cherry and juicy plums, spiced fig and a strong tannic character and when you add in the fact the beer comes with a wax seal on the 750ml bottle and you’ve got a beer that shows Christmas to be upon us, even without the movies