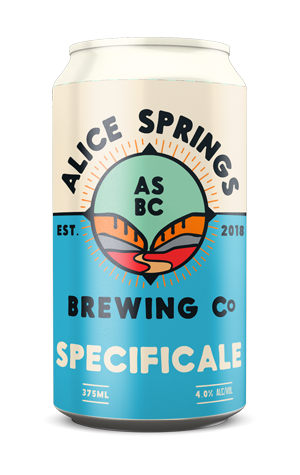 Let's start with an aside. On the same day I was to first encounter Alice Springs' Specific Ale (at the Kings Canyon Resort bar), I spent the afternoon at an Aboriginal community's cultural tour. Leading the experience at Karrke was a lovely chap called Peter who said "pacific" in place of "specific". I'd not heard anyone make said switch in years, then, lo and behold, hours later I had a Specific Ale in my hands...

The inspiration for the name is exactly what I'd heard from Peter that day, just flipped on its head: this is the brewery's take on Stone & Wood's classic Pacific Ale. It's not hazy like the OG, but it does pack heaps of Galaxy hops. They turn it into a showcase of citrus and passionfruit, albeit with a bit more grip and bite than its inspiration, and a beer you can see many people returning to once they've worked their way through the lineup.