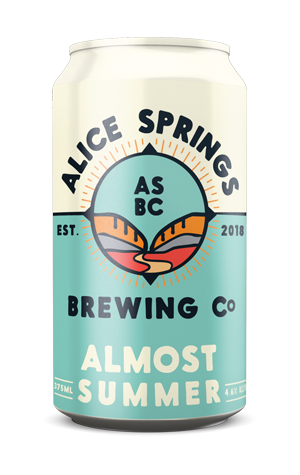 Alice Springs Brewing Co's debut release as this pale ale, Almost Summer, which is still around to this day as a permanent release.

It's probably best described as a modern American pale ale, given there's still a distinct malt base and a decent bitterness, but instead of the old school hop character of the Post Office Pale, here it's honeydew and ripe stone fruit all the way.