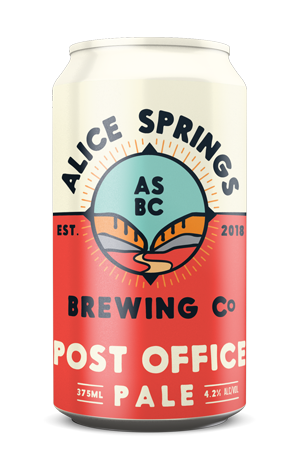 One of a number of pale ales that form part of the Alice Springs year round lineup is the Post Office Pale, and it's one which takes inspiration from the classic American pale ales that helped drive the rise of craft beer globally.

The old school approach pits some creamy caramel malts against Cascade and Centennial hops, with the latter providing some hop bite but, when it comes to aroma and flavour, tucked in side saddle with the malts rather than riding high.