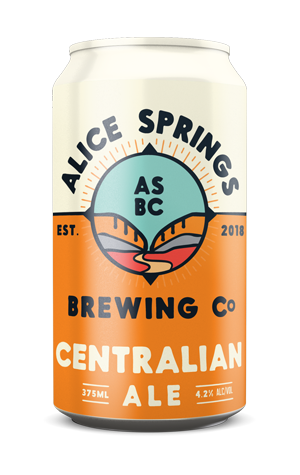 Kyle Pearson and his team might be on a mission to bring a different beer experience to the Red Centre, but they're not daft enough to ignore drinkers after something familiar. In many ways their flagship – even if other, craftier beers seem to be gaining in popularity, Centralian Ale is the affordable, don't-be-scared option.

It sits in territory familiar for drinkers of their home state's bigger brand beers (likely called Draught or Bitter), with European hops and some Motueka adding an earthiness and grassiness to an easy-going, very pale, very bright beer.