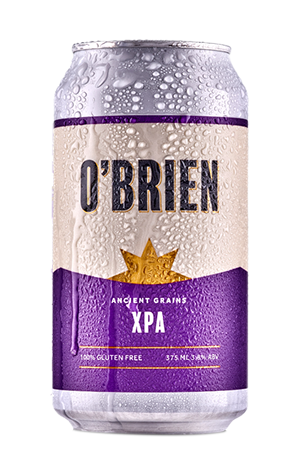 O’Brien Beer’s XPA was added to the brewery’s core range in 2021 and it’s one that sits in a unique position for the style. For one, like all of the brewery’s beers, it’s gluten-free, using millet and sorghum over the likes of wheat and barley. But also making it an XPA outlier is the fact at a rather modest 3.8 percent ABV, it's quite a bit lighter than many in the category.

Where it’s still very much an XPA though, is with the hops leading out in front, with Citra and Cascade providing grapefruit and a touch of stonefruit. Those gluten-free malts play their part too though, with a touch of sweetness to the clear and golden beer that soon fades for a crisp and clean finish.