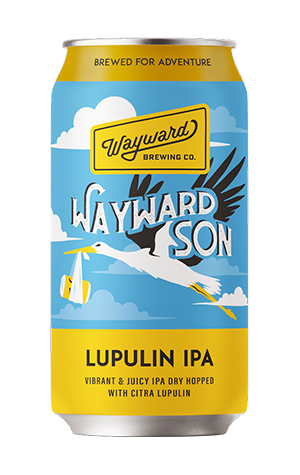 It’s now four years since head brewer Shaun Blissett’s son Austin was born and little AB is now a walking talking human person. Similarly, while the 2021 has seen the stork has bring back the beer first brewed to mark Austin's birth back, Wayward Son isn’t the same beer it was four years ago.

While Wayward still refer to this beer as a West Coast, it drinks like a hybrid between west and east. The first sniff hits you like a freshly cracked mandarin, which is no doubt thanks to the addition of Citra LupuLN2 - concentrated lupulin from whole-leaf hops. But this jacked-up citrus oil flavour is kept in check when the tropical fruit sweetness from the Amarillo hops kicks in.

The haziness is cranked right up this year as well. Wayward introduced British Ale yeast to the recipe, increasing the murky opacity to pineapple juice levels. But unlike many IPAs this hazy, there’s still a slight malt character and a firm bitterness there in the back to balance out the fruits.