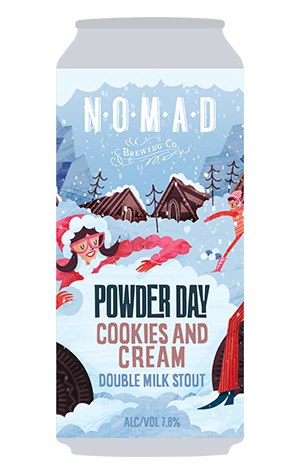 It’s been a while since I’ve walked into Cold Rock Ice Creamery - probably more than a decade. But smell memory is a powerful thing, and somewhere inside me is a vault where the scent of Cold Rock is stored safe and secure.

Because Cold Rock has a distinct smell; the moment you walk into a Cold Rock store, full of tubs of various flavours of ice cream and a mass of different chocolatey and nutty and confectionery mix-ins, you’re hit by a barrage of aromas.

Laying the base is vanilla - that sweet, sticky, creamy flavour that is so ingrained into our concept of dessert that it almost defies description. While there are a bunch of other flavours stretched out behind the display glass - chocolate, caramel, white chocolate, as well as a multitude of fruity and chocolate-bar-themed flavours - somehow the vanilla draws out the scent they all share in common and overrides everything. I imagine there’s vanilla ice cream in the grain of the marble that makes up the bench, vanilla notes floating in the air, nanoscopic strands of vanilla binding together the molecules of everything in the shop.

And then you start to detect other notes on the air, and you wonder how much you’re actually picking up and how much is due to the power of your imagination. Is that caramel popcorn peeking through? Is that a ping of maraschino cherry trying to get my attention? Is that blue bubblegum fruitiness somewhere in the background? The aromas are all smashed together just like the mix-ins themselves are being smashed into the ice cream by the staff behind the counter.

And then, somehow, the vanilla isn’t satisfied simply being the base; it also blankets over the top of everything, never letting you forget its presence, even for one brief moment.

This is the smell of Cold Rock Ice Creamery, and it will live in my smell memory forever.

And this is the experience of drinking Nomad’s Powder Day Cookies and Cream Double Milk Stout.