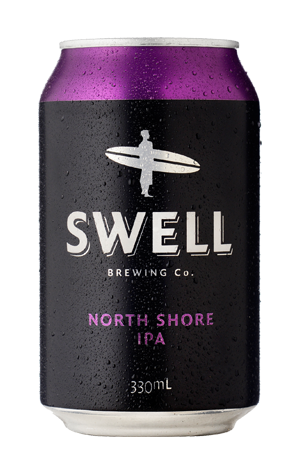 Like its stablemate Pale Ale, Swell's core range IPA is one that nods to founder Dan Wright's craft beer epiphanies in the US. Tagged North Coast but taking America's West Coast IPAs as its model, it's the sort of IPA that helped build the style into a global force.

The hop character is very much of that traditional American IPA ilk, with piney aromas leading the way, with some floral and citrusy flourishes for company. As is typical of Swell's year round lineup, their years in the game serve up a bright-as-anything beer that's clean, well judged and eminently drinkable.

Weekends only during COVID-19
11am to 6pm