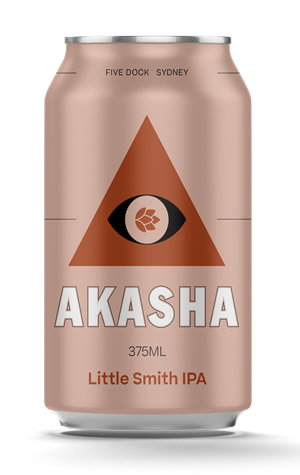 Little Smith IPA was first released at the end of 2018 and has obviously found favour enough to warrant inclusion in Akasha's core range. And, as much as pedantic weirdos like to sneer: “Oh but isn’t a session IPA just a pale ale?” language is for communicating information and a "little IPA" conveys exactly what you need to know about Little Smith.

The lil’ boy pours pale and crisp with a fluffy white head. There’s an immediate hit of lemon peel and grapefruit on the nose which melds into the hint of piney resin on the palate. For me, at least, low ABV beers can sometimes leave a lingering astringency on the palate which may or may not be unfermentable dextrins used to try and beef up the body with the lack of malt and alcohol but Little Smith manages to largely avoid this. Breweries like Akasha are often lauded for hiding the alcohol in massive beers but it’s just as masterful to be able to hide the lack of alcohol in small ones.