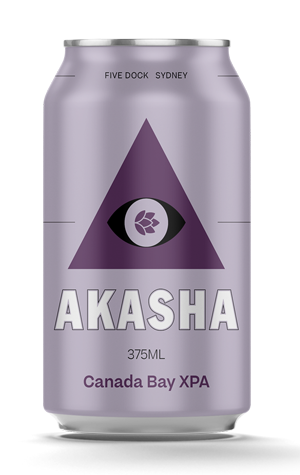 Now here’s a beer that’s been many months in the making. When I hung out at Akasha for the brewing of the Resilience XPA in February 2020, Dave mentioned they had been working on their very own XPA but they really wanted to make sure any Akasha XPA was sufficiently Akasha-fied. And with the release of the Canada Bay XPA, an evolution of the Canada Bay Ale they first released in 2019, I can confirm their mission has been successful.

Canada Bay XPA pours glisteningly bright and pale with aromas of orange, grapefruit and passionfruit from the Aussie Cascade and Galaxy hopping regime. There Is close to zero malt sweetness here but somehow the beer doesn’t come across like some kind of hoppy seltzer. The bitterness is present but restrained in keeping with the style and it finishes clean and very dry.

This is a beer that is staggeringly easy to drink and at just over 4 percent ABV, will absolutely be making regular appearances at BBQs nationwide.