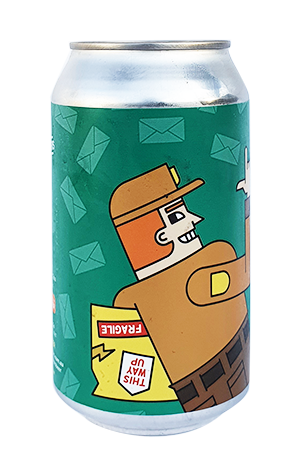 Let's be honest, The Postman doesn't command the same level of underworld cachet of the figures that usually adorn CoConspirators beers, but considering the important role they've played keeping beer fridges full this year, it's fitting the brewery would turn such a figure into a beer. As always, the can design is the work of Clint Weaver from Pocketbeagles, with the image likely a familiar one for any brewing company or drinker that found a package of much-needed beer going missing as parcels flew across the country when pretty much the entire economy leapt online.

The beer snaps back to a time well before 2020 too, with The Postman an IPA that pours bright and clear orange and presents as incredibly lean and dry. There’s a slight biscuity character to the malt but otherwise it’s a lean and bitter IPA in which the El Dorado, Simcoe and Citra give off tropical fruit, white peach and grapefruit.