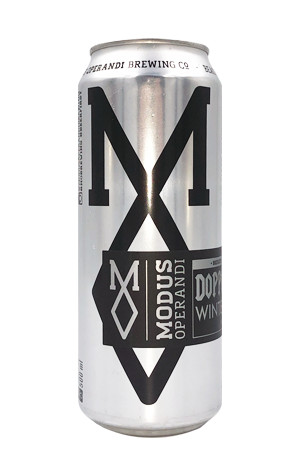 I’m a child of the 80s and 90s, so when I first saw Modus Operandi's Doppelator, my mind jumped straight to Terminator (though if I’m being honest, the jingly ad for this 90s toy was actually the first thing that popped into my head). But when I finally untangled myself from my own nostalgia, I was able to see that the -ator suffix wasn’t a reference to that Austrian beefcake Arnold Schwarzenegger, but to Munich brewery Paulaner and the Salvator doppelbock they’ve been brewing for almost 400 years.

Doppelator wrings the essence of the monks of St Francis of Paula† into a 500ml can, with the 7.6 percent brew deserving the traditional moniker of "liquid bread". Once released into a glass, this winter warmer is touched with the rusty gold hues of sunset. The malts are the main players here, bringing caramel biscuit with a slight vanilla note, but the presence of noble hop Hallertau Mittelfruh introduces a herbal spice edge to the malt base.

When the alcohol warmth starts to bring a blush to your cheeks, let your mind wander from a German winter lager to a brandy and soda garnished with star anise. But then gently bring it back, because it’s worth remembering that brewers have been crafting the flavours in this style of beer for longer than your great grandaddy’s been alive.

† No German monks were harmed in the making of this beer.