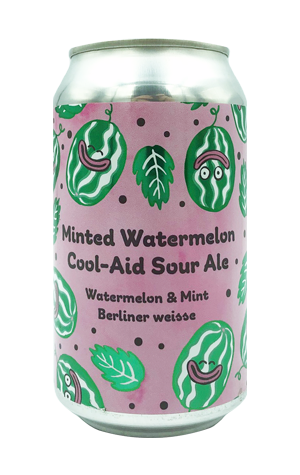 Blackhearts & Sparrows have been collaborating with local producers more and more in the past couple of years and one of their favourite partners is Sailors Grave. The kindred spirits joined forces over summer once more, this time to produce the snappily titled Minted Watermelon Cool-Aid Sour Ale. It was launched earlier in the year, but given how 2020 has been it's slipped through the cracks a little, meaning you'll still find it at Blackhearts stores if that's your kind of thing.

And what is such a thing? Well, despite having watermelon and mint in the title, if the beer was an orchestra, they'd be on second violins. Leading the way are aromas of a more herbal, anise like character, likely derived from whatever funky farmhouse yeast is at play. It makes for a rather rustic experience, with a hay like dryness accompanying the herbaceous mint on the palate and with the watermelon supplying a subtle sweetness in the background.

And other Blackhearts stores