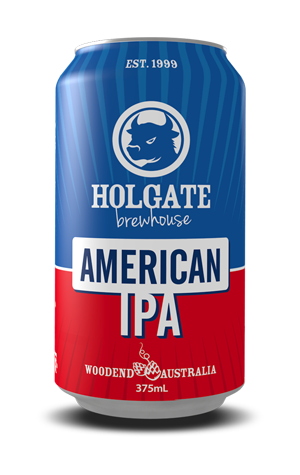 These days, IPAs are found everywhere and in every shape and size. Go back a decade and they were pretty rare. You might see the odd one as a specialty release, but the industry was still trying to convince drinkers 4.5 percent ABV pale ales weren't confronting. Yet it was at the start of the last decade Holgate first released their Road Trip IPA, inspired by a road trip through the States, and it soon became a core beer, making them one of the first local breweries to back an IPA as a year round release.

The beer has evolved over time, becoming one of the first Holgate beers to go into cans then, in 2021, becoming American IPA instead of Road Trip.

It remains a beer inspired by the classic West Coast IPAs of yore, albeit a little leaner on the malt front than it once was, a little boozier, and with Mosaic now in a mix of hops that also includes Chinook, Centennial, Simcoe, Citra and Amarillo added pretty much whenever it's possible to add hops to a beer. Piney and citrusy in equal measure, with a rich, deep caramel malt character and a well judged bitterness, it might not be chasing the juiciness and haziness of the IPAs of today but remains a highly drinkable IPA that's standing the test of time.