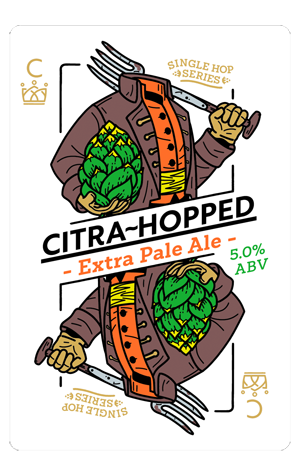 It must be said: whoever introduced Citra hops to modern brewing is a genius and deserves some kind of award. And this Citra Hopped Extra Pale Ale’s as good as any to give drinkers a clear sense of what they can do in a beer.

The malt bill is made up of mostly pilsner malt, with just a little wheat to give a smooth texture; it’s designed to be a clean canvas that allows the Citra to strut its stuff, and it does its job admirably. Bright aromas and flavours burst forth right from the get-go, which is no surprise when you learn that Citra was added in at just about every stage of the brewing process. Grapefruit and lemon are balanced with tropical notes. It’s not too sweet, and it’s not too dry, and it goes down real easy so you can have a few. Just don’t lose your head.