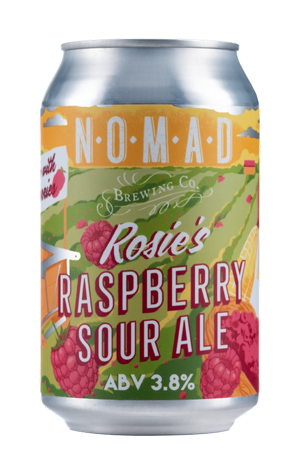 Raspberry Berliner Weisse style beers have certainly found their place in the hearts of many punters. This particular one follows in the footsteps of its predecessor, Rosie’s Summer Punch, replacing it in Nomad’s lineup.

Have you ever had a coral pink beer? If not, here’s your chance. But the colour isn’t the only thing the raspberry brings; a level tartness complements the sour of the base beer, unlike the sweet edge from the hibiscus in the previous incarnation.

Don’t expect this beer to be a face scruncher, though. It’s more at the simple and light end of the spectrum, designed to refresh you on a hot day rather than burn through your stomach lining. There’s a lick of lactic acid playing off the tartness of raspberry - just enough to get you salivating and ready for the next one.