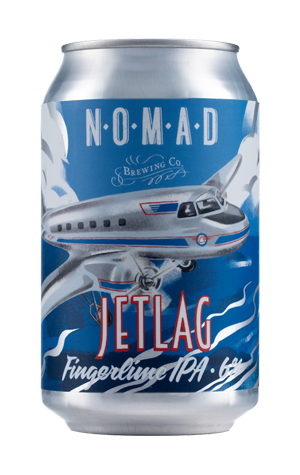 If you need a sensory hit to perk you up after a long flight, you’ve come to the right place.

Jetlag was one of Nomad’s first three releases back when they opened, taking inspiration from the punchy IPAs of America but adding an Australian twist in the form of finger limes. While Nomad tweaked the recipe in 2019, changing up the hop bill to feature a new blend of Aussie and US varieties (including many people's favourite, Mosaic), they kept the native finger limes in place.

While it still drinks like a punchy West Coast IPA, Jetlag reveal hints of its bush tucker, with the finger limes adding a potent limey flourish to the citrus rind and piney hops at play. There's a depth to the malt character, a slight earthiness and a stoic bitterness that’s eager to set up residency for a while.

Initially released as a one-off, it's now a core range release.