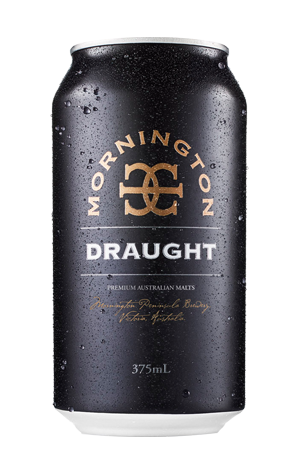 The first major new addition to the Mornington Peninsula Brewery lineup since they became part of Tribe Breweries might not be one fans of the brewery’s conveyor belt of specialties – from big stouts to hazy IPAs to barrel-aged beers – expected. Instead, it’s at the other end of the spectrum of beers the brewery have released: a companion piece to their Lager, targeting the vast number of Aussie drinkers still getting their refreshment from the country’s bigger brewing companies.

It’s called Draught and, while there’s a fair few other small, local breweries that have added a beer bearing such a name – or one targeting that audience – in recent years, few have put one out that so closely mirrors the big-sellers from the country's macro brewers. Presumably brewed with at least one eye on the success enjoyed by Furphy, it's beer as it was in Australia before the likes of Mornington Peninsula Brewery came along and started taking it into new places.