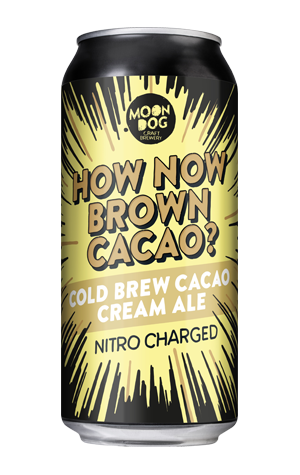 In something of a change of tack for Moon Dog, here the beer is actually less odd than the name would have you believe; if anything, it's quite normal in the way a comfortable tweed suit would be to an English gent. Why that image? Well, once it's been given a vigorous shake and disgorged into your glass, what you end up with is a vaguely viscous copper ale with English leanings.

It's as creamy and soft as its nitro'd head looks, hop aromas are of the earthy, twiggy sort, while flavours sit more in biscuity, nougat territory. The cacao's presence isn't overly demonstrative; its creamy nature (aided by a little lactose) certainly is.

Launching at the Abbotsford brewery on August 9