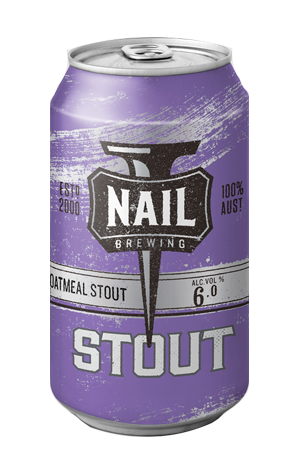 The transition into cans for the Nail range – and the introduction of the Nail Brewing Test series, which may or may not replace Nail Ale – led to some design challenges for graphic collaborator Zendoke: how to welcome a hop-focused beer into the canned range when the obvious colour choice is already taken?

Its contents remain the same as they've always been, back to when the beer was sweeping up awards before most of today's commercial brewers had even the faintest idea they'd one day follow John Stallwood into the game. And, in staying true to the beer (and style's) roots, the beer almost seems revolutionary. The straightforward malt bill is at odds with the brewing zeitgeist’s move towards adjunct driven affairs and, what’s more, Fuggles is a decidedly normal and unfashionable hop. Its appeal thus lies in its beautiful expression of simplicity, one honed over many years, as choc-coffee malt glides through the smooth body with a firm bitterness towards a dry conclusion.

Find it at Nail stockists nationwide