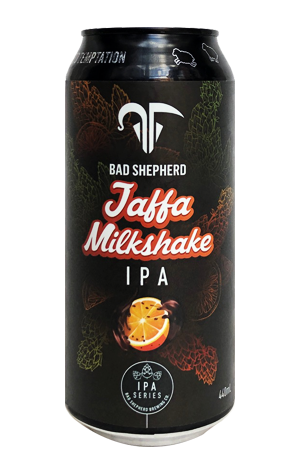 The broad congregation of beers gathering under the IPA banner seems to get broader with each passing month. And it's something reflected by Bad Shepherd's ongoing IPA series, under which the Cheltenham brewers have released the expected (The Almighty IIPA, for example), the experimental (the Citrus & Cedar IPA for one), and now the "Did anyone ever foresee IPA becoming this?" that is their second milkshake IPA.

The first featured strawberry; here, in collaboration with Grounded Pleasures, they've ventured into black IPA territory too. The result sees creamy orange set against bitter dark chocolate on the nose before serving up just as much malt-driven creaminess on the palate.

As Dorothy might be tempted to say: "I've a feeling we're not in India anymore." But, if she was after a soft choc-orange milkshake for grownups, she wouldn't be complaining.