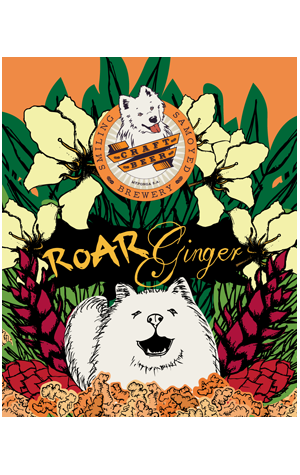 More than a year of planning went into the creation of this beer, one that saw assistant brewer Maddi given some freedom in recipe development and on the brew kit. Instead of a sweet ginger beer, she wanted something that was more malt driven and capable of supporting a fair whack of raw ginger: 20kg of the stuff, in fact, joined by Citra hops.

Clear, light orange in colour with a white head that lingers, Maddi has succeeded in avoiding the sweetness often found in ginger beers; instead, fresh, spicy ginger aromas lead the way. The ginger is again the dominant flavour but it's not overpowering, supported by a slight bready malt character, a touch of spice and an earthiness too, before finishing dry as you like.