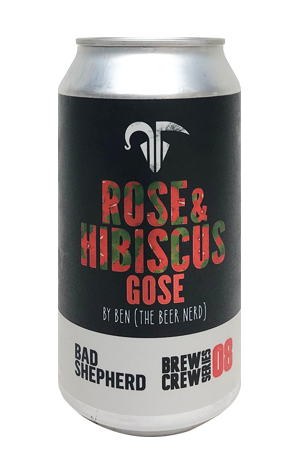 As they close in on double figured in their Brew Crew Series, Bad Shepherd passed the baton to barman Ben, the "Beer Nerd", who set about conceiving a beer that tied together the places he's called home. That saw him combine rose – a nose to the flower emblem of his home county of North Yorkshire, hibiscus – a nod to the Hibiscus Coast of New Zealand, and seawater from Melbourne's Bayside.

They were put to work in a gose that's as red as you could wish for and comes with a creamy yet gently sour lacto element to the aroma. That's quickly subsumed by the rose, however, as memories of Turkish delight flood the brain with every sniff. The salt adds a little flavour and some texture too, while there's a gentle acidity and floral touches from the hibiscus there too. But they're bit part players, with this a beer that is pretty much Turkish delight in liquid form, albeit finishing dry rather than sweet.