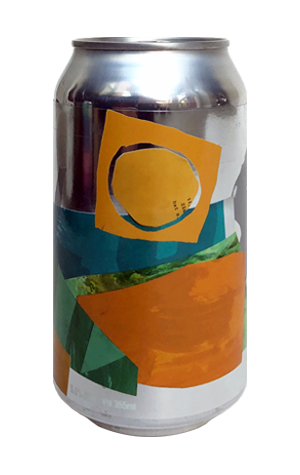 If there's one thing you can say with certainty about Sailors Grave, it's that they don't release enough new beers every year. Who are we kidding? I suspect Gab and Chris have an underground army of Doozers working away day and night on beers to keep the Moore family happy and thus less likely to devour the underground home the workers have so lovingly built while tending to the various yeast and lacto strains and overseeing the multiple ferments underway in their East Gippsland caves.

At least, that's how I like to imagine things...

Whoever is responsible for Fields, it represents the commencement of another series of releases and comes with a new look on the cans. Inside is what they're calling a hoppy, hazy farmhouse ale brewed with "a cocktail of yeasts" plus organic apricots and lemon balm. It's not overtly hoppy in the manner of, say, their Squid vs Whale IPA series or even the Featherlight Berliner Weisse; here, the hops meld into Field's herbal, floral and straw like aromas rather than embracing all things fruit.

There's some fruit juice on the palate albeit not with the intensity you'd find in a farm-free hazy pale or IPA; imagine the fruit juice your parents gave you as a kid, with a dash of water to take the edge off and protect your teeth. It leaves space for the farmhouse elements to come into play: there's both a creaminess and a sharp dryness on the palate, not to mention a peppery spice running right through too. Clearly, those Doozers like a bit of complexity in their ales.