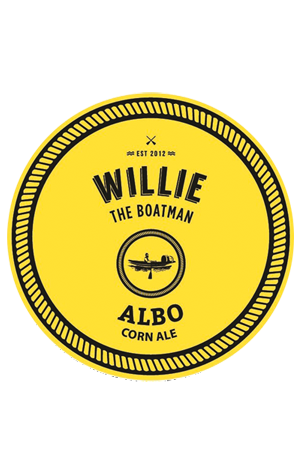 What at first seemed like a little bit of fun when it was first brewed turned into something of a social masterstroke that’s ballooned to the point where Albo has become Willie The Boatman’s most famous beer and, perhaps, a stepping stone towards beer industry reform.

Albo itself is principally a corn ale, an astonishingly pale beer whose main point of interest from a flavour perspective is that it uses a bit of corn within the malt base in much the same manner as a 1920s farmer in the USA might have done when brewing surreptitiously to dodge Prohibition enforcers. Here they throw in some Aussie Galaxy hops for a touch of fruitiness and that works well with the malt sweetness to make the beer unapologetically moreish.

The beer itself was named for the brewery’s local Member of Parliament, Anthony “Albo” Albanese. For his part, over the years Albo has become something of a champion of craft beer, owing to part of his Inner West constituency having rapidly become home to the densest concentration of small breweries in the country. Since having a beer named in his honour he’s gone on to help launch the Inner West Brewery Association (IWBA) and is taking the fight to Parliament on behalf of his brewers in areas such as beer tourism and tax reform. Perhaps more pollies could do with a beer named after them?