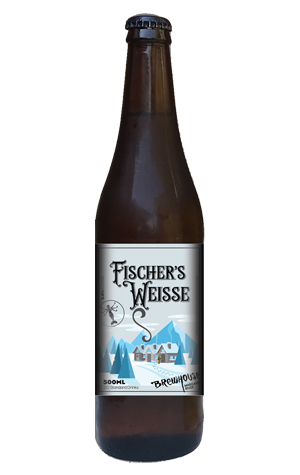 Each year for the past three years, the Brewhouse Margaret River crew has held a Backyard Brewing Tournament, inviting amateurs to enter a beer in the hope of being voted the best and seeing their creation scaled up to a full batch brew. In 2018, the winner is Scott Butson, with the winning beer a hefeweizen with a great family backstory.

The beer's creation started out when Scott travelled to the Alps in Northern Italy in 2006 and met up with his father-in-law Gerhard Fischer in the city of Bolzano. Gerhard taught him how to brew traditional Bavarian wheat beers and, 12 years on, Scott brewed the Fischer's Weisse hefe in honour of his late father-in-law.

After winning the tournament, Scott worked closely with head brewer Ryan Ashworth to make a hefe that "mirrored and respected the winning beer and its traditional roots". Says Scott: “It is more complex than your standard hefes with lots of cloves and minimal banana tones. I named this brew in honour of my late father-in-law who thankfully forced and introduced me to the wonders and laws of hefeweizens.”

On tap & in bottles at the brewery