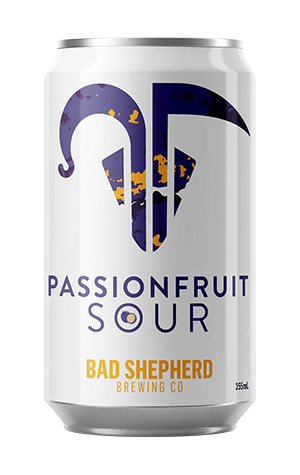 Originally part of the Bad Shepherd's Brew Crew series, which sees someone outside the brewing team invited to create a beer, Passionfruit Sour proved so popular it made it into the brewery's core range. Maybe that's a fitting thing since it was created by the Cheltenham brewpub's cofounder, Diti who, as well as running the brewery, seems to be a fan of fruity kettle sours.

This one offers up a hint of lactic acid on the nose and delivers a gentle tang too, but equally has plenty in common with the Passiona soft drink. As such, it's an easy-drinking warm weather quaffer of the sort you can practically inhale without it touching the sides. Or maybe that's just me...