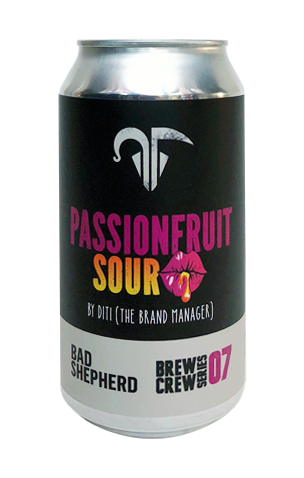 For the seventh in their Brew Crew Series, in which someone outside the brewing team is invited to create a beer, Bad Shepherd turned to Diti "The Brand Manager". It's a title that does Diti something of a disservice as she's actually the co-founder of the Cheltenham brewpub as well as mother to the next generation of Bad Shepherd. And, it seems, she's also a fan of fruity kettle sours.

This one offers up a hint of lactic acid on the nose and delivers a gentle tang too, but equally has plenty in common with the Passiona soft drink. As such, it's an easy-drinking warm weather quaffer of the sort you can practically inhale without it touching the sides. Or maybe that's just me...