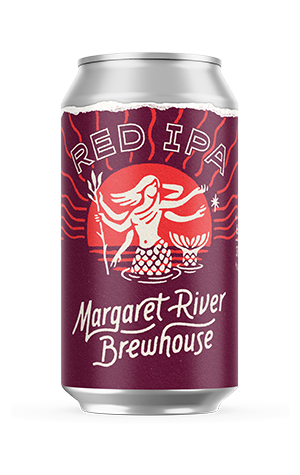 Metres from the brewery’s front door, a circuitous labyrinth of trails weave through the native forest and pine plantation – a red track on the edge of town. It’s of no surprise, then, to see dirt covered mountain bikes lined up outside the brewery seeking similar hued refreshment.

The heaviest offering in the core range, this Red IPA - originally called Red Track - layers some classic (Columbus, Centennial and Cascade) and newer (Amarillo and Mosaic) American hops upon a caramel malt based beer that delivers a light spiciness too. At 50 IBUs, bitterness is firm but not overwhelming and, although not labelled as such, this plays closer to an IPA/red IPA hybrid.