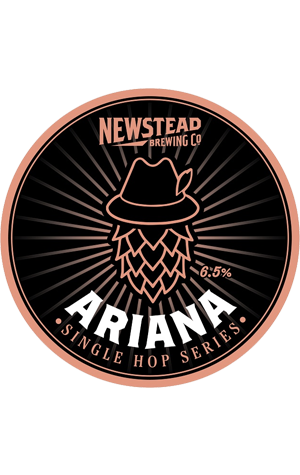 Ariana is a one of the many new hop varieties coming out of Germany, and she's looks to be a beauty. So, when Newstead heard about it, they decided to give it a crack as the fifth beer in their Single Hop IPA series.

The beer's white head holds its shape like soft meringue, and a soft, golden glow hides the depth of flavour within. On the nose is rich blackcurrant, like you’re sniffing a glass of Ribena. The first sip is thick and boozy, with the sweet malt carrying ripe stonefruit and and vanilla flavours like a bowl of peaches in ice cream. But the more you drink, the more the lighter flavours of apple and pear come through. And, with each sip, the spicy bitterness at the end hangs around more and more, sticking in your mouth like a bad song sticks in your head. (Except in a good way.)

Indeed, this Ariana is grande.