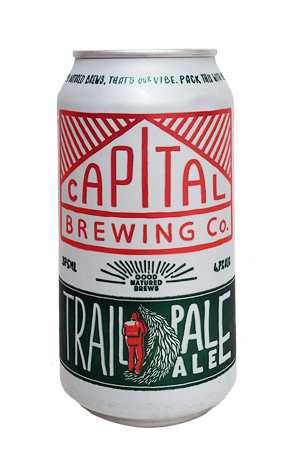 Perhaps more than any other Capital beer, Trail Pale encompasses the brewery’s story to a T. The Capital founders, who all hail from Canberra, found head brewer Wade Hurley in San Diego and this beer is something of an America meets Australia pale ale.

With Australia’s Ella and Galaxy hops matched with Simcoe and Cascade, it blends classic American hop aromas with those Australia is fast becoming known for. In both aroma and flavour, there’s clear tropical Aussie hop characteristics of citrus and pineapple, with an underlying piney flavour throughout. It has a slightly darker malt profile than many contemporary pales, which Wade says is a nod to one of his favourite beers (and breweries), Sierra Nevada Pale Ale.