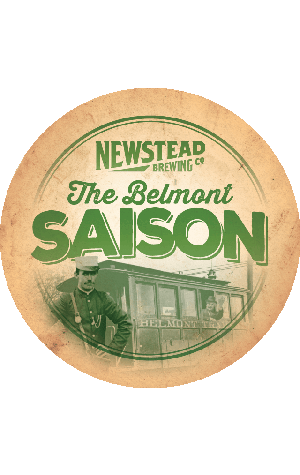 By volume, lagers are very much the beer of the people in Australia. But if you’re looking for a beer that’ll satisfy your thirst so you can get back to work under the Australian sun, the saison is an under-appreciated style. The Brisbane suburb of Belmont has a long history of farming, and those poor blighters probably had no idea what they were missing.

The Belmont, one of Newstead's seasonal releases, each of which features a different yeast as its star character, looks unassuming – clear and extremely pale, which might make it seem like it doesn’t have much to offer. But that appearance belies the fullness of flavour that it has to offer – refreshing streams of pear, strawberry, banana, and citrus, with just a touch of funky tartness. And yet, somehow, none of these flavours takes over; they create a unity, a fruity punch with a crisp finish, bringing a smile to the face but still light enough for easy drinking.

One of these beauties will help you get back to work. But you might be tempted to have three or four.