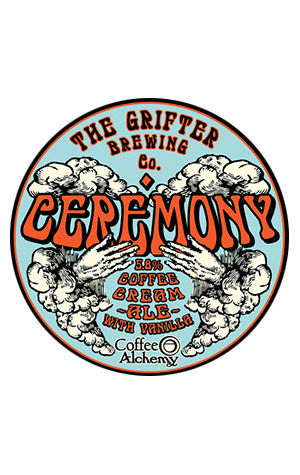 It’s a ceremonious end to 2017 for the Grifter Brewing Company as they see out the year with one last collaboration. It’s one carried out with their friends and near neighbours in Marrickville, Coffee Alchemy, yet it’s not exactly the kind of coffee beer many might expect – at least it’s not if what you’re expecting is a stout topped up with cold drip. Instead, this is a coffee and vanilla infused cream ale.

Appearance wise, it’s far lighter than your regular cup of joe – a lighter and clearer brown versus deep black – but that doesn’t do anything to prevent the unmistakeable aroma of the coffee from being immediate and pronounced. On the palate there’s a raw and deep fruit hit from the coffee beans that’s almost jarring at first but things mellow considerably and quickly, aided in no small part by the use of Madagascan bourbon cured vanilla pods, which serve up sweetness to compliment the toffee malt and the underlying creaminess of the beer’s base style. With a lot of familiar characters coming together in an unusual way, this is a beer that starts off strange but ends up strangely satisfying.