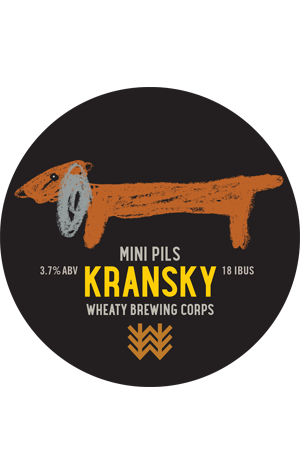 If there's one brewery in the country you can trust to take a pun and run with it, it's the Wheaty Brewing Corps. Here, the Kransky of the title refers not so much to the sausage but sausage dogs. Why? Apparently, it's a reference to the small frame of a sausage dog and how they still pack in plenty of personality and character. It's a mid-strength-ish pilsner made with Vienna as the base malt alongside sprinklings of Carapils and acidulated malt and with newish German hop Callista alongside one of Jade’s favourites, Magnum.

It's a simple beer, deep golden and of medium body and carbonation, that doesn’t skip on the flavours: clean, earthy, biscuit aromas create the first impression – simple and not overpowering. Malt driven, easy to drink and with the sort of low ABV that mean drinkers can put their money on this dog all day.