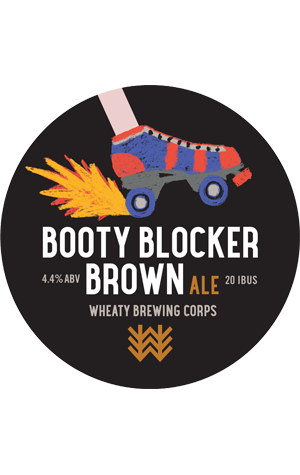 Since launching a decade ago in 2007, the Adelaide Roller Derby has enjoyed a long connection with the Wheatsheaf Hotel. The venue has supported the league since the beginning, first brewing the Booty Blocker Brown on grand final night in 2014 and continuing to release it at the same time each year since, changing the recipe slightly each time.

This malt driven brown pours a medium brown in colour, with a deep red glow when held to the light. Dark chocolate subtly drifts from the glass, some coffee coming through too from its off white foamy head. That dark chocolate and coffee are there to taste too, alongside roasted malts and nuts. It's a pretty easy drinking brown ale for quenching the thirst of the league's kneecap busting women, one that will ease you off your feet rather more gently than the blocks meted out on the track.