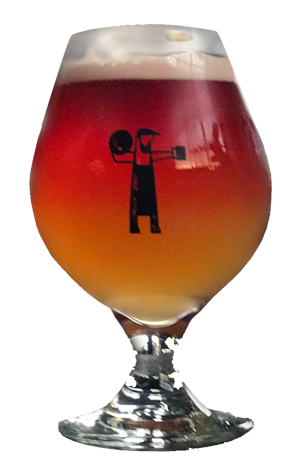 When the idea was first thrown around, it was all just a bit of fun. Then it became a regular fling. Now it looks like things are getting a bit more serious.

It began in 2015 when the gentlemen from the country, New England Brewing Co., invited the city folk from Young Henrys to head up to their brewery in Uralla to collaborate on a beer before reciprocating the offer and brewing the same recipe at the Newtown brewery. The idea was to release the two together in order to showcase the fact that beer is not a homogenous beast but has subtle variations depending on the brewer and brewery that created it (particularly when one of those breweries uses open top fermenters and the other doesn’t). Thus Country Cousins was born.

The following year it was the turn of Marrickville’s Batch Brewing to make the return trip to the north of the state, but the concept had changed a little. Instead of brewing the same beer, each brewed a different beer that would compliment the other – and here’s the kicker – when they were served in the same glass. Batch brewed a chocolate stout and New England a chilli pale ale and the result was a beer that, when poured correctly, was gold in the bottom half and black on top (for a visual, see here). It all worked very much as planned, so they’ve decided to have another go.

Where 2016 was about the chilli and chocolate, 2017 is about the sweet and sour. The first component is a vanilla witbier made at New England and Batch’s bit is a cherry sour ale. If the brewers have got their calculations correct (and the person pouring the beer is able to provide the requisite gentle touch), the differing gravity of each beer should allow the brighter red cherry ale to float atop the white vanilla wit. When sipped together the result is expected to be something resembling a sour cherry pie.

There’s a lot to love about the creativity of the craft beer world these days and Country Cousins is a good example of why: who'd have thought you could get theatre and dessert in a single glass?

If you want to try them side by side (or rather one on top of the other) the below venues will be carrying both beers.

The Pig and Tinder (Tamworth)