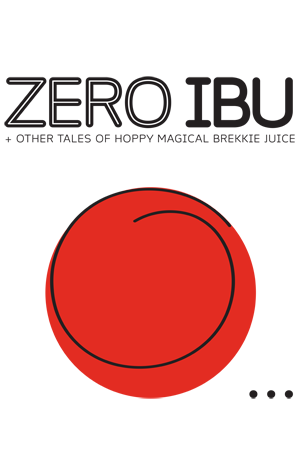 The craze for the haze continues apace. And it's one that's finding particular favour at Tallboy and Moose, the Preston brewpub that's already put out full and mid-strength takes on the New England IPA style. Zero IBU (+ Other Tales of Hoppy Magical Brekkie Juice, to give it its full name) is a collaboration with Sydney's Bucket Boys. And it's so-called because all the hops were added in three stages of dry-hopping, thus leading the brewers to claim they've extracted none of the bitterness that comes from the alpha acids in hops when added earlier in the brewing process.

The hops chosen for the dry-hopping were Citra, Galaxy and Ariana, while the malt bill features "a good amount of rolled oats and malted oats" to give the beer a full mouthfeel. The beer, which they're describing as "extra juicy" is being launched at both participants' venues on July 7 – full details here.