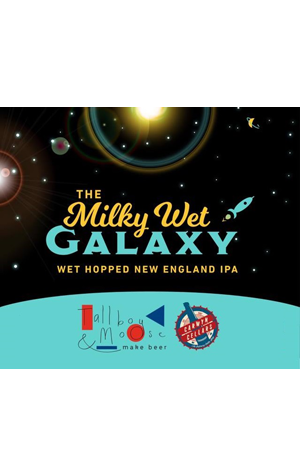 There's been a rush of New England style IPAs hitting the market locally in recent months. Some have hit the mark – hazy, hoppy and juicy as hell, yet soft and with minimal bitterness – better than others. And this collab between Preston's Tallboy & Moose and Thornbury venue Carwyn Cellars is one that ticks the boxes and adds another one too: it was brewed with wet Galaxy hops less than 24 hours after they were picked.

As well as the stack of hops added at various stages in the brewing and fermentation process, they added oats to the grain bill and an English ale yeast with the aim of keeping as much yeast and hops in suspension as possible to attain the requisite hazy appearance. Joining the haze are plenty of tropical hop aromas and flavours and, while the bitterness might be higher than some of the soft, juiciest of NE IPAs, it's more of the drying than aggressive sort. Get onto it quick too as these sort of beers demand freshness.