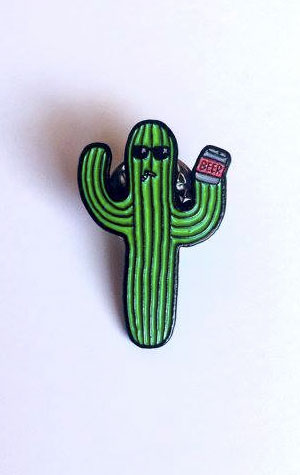 When we think of Nail, it tends to be of a brewery that focuses, in the main, on creating pretty traditional and to style beers – and doing it bloody well, whether its the hoppy Golden, the trophy-laden Red Ale or the beast that is Clout Stout. Yet brewer John Stallwood isn't averse to the occasional detour from the straight and narrow. There's been the award-winning Flaming Lamington for one and, a while back, a short run of a beer brewed with cactus. And now the cactus beer is back in somewhat greater volume.

This time around, 100 kegs have been released of what's described as "an easy drinking Kolsch style beer with a prickly addition". The prickly addition comes in the shape of spicy Nopalitos Cactus, helping shape a beer the brewery tells us is light in colour with "gentle aromas and a delicate sweetness" – and that subtle spicy sting in the tail.

And other good beer venues in WA