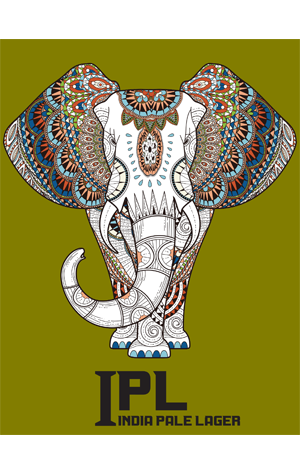 In what feels like something of a rarity from Mornington Peninsula Brewery these days, they've released a new limited run beer and left the canning line alone. Thus, this IPL [India pale lager – think IPA hopping rates but with a lager instead of ale yeast] is appearing only on tap, perhaps as a testing ground to see if it will eventually join the #tinnage series.

Head brewer AG handed the reigns to one of his brewing team for this one, with Stefan opting for nothing but Aussie hops. Indeed, we're told it's "hopped to the hilt with fruity Australian hops" so while it "presents pale straw in colour, much like a German pilsner" drinkers can look forward to "big tropical fruit flavours of passionfruit and melon", not to mention what the MPB crew describe as "a super dry, clean finish."