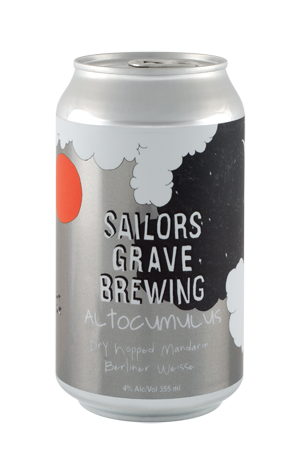 Sailors Grave's first limited release, and one that launches what will be a series of different Berliner Weisse bearing the Altocumulus name, is a cracker. It started with a shout out on Facebook for 40kg of fresh mandarins, which were delivered to the brewery within hours by a local farming family, and saw the beer make our list of the Best New Victorian Beers of 2016.

The fruit gets things off to a flier, with clouds of mandarin rising from the glass, with Amarillo and Cascade hops adding further to the citrusy qualities of the beer. The sourness isn't as prominent as in many other Berliner Weisse, with the acidity instead adding cleansing qualities to a light and fruity refresher.