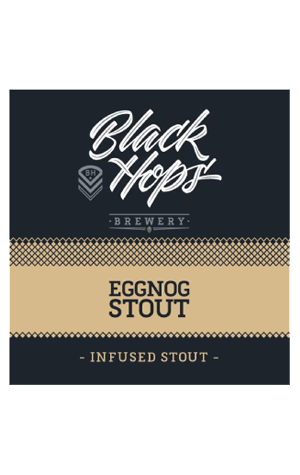 The beer where it all started for Black Hops Brewing, back when they were gypsy brewers. And, right from the start, they dropped hints at what was to come in terms of getting their message out to the world with the brew day documented at length online.

The beer also hinted that they weren't going to be a brewing company hindered by a lack of imagination or fearful of trying something new. While the stout didn't contain actual eggnog, it did contain a fair amount of ingredients not usually found in a dry Irish stout: nutmeg, cinnamon, vanilla bean and French brandy.

Now part of the brewery's year round range and something of a cult favourite in their home state.