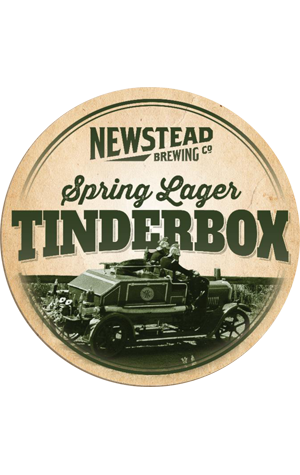 At the start of each season, Newstead Brewing releases a new lager. For Winter it was the dark and roasty Westerlies and now, for Spring, it's something rather lighter. Tinderbox is a pilsner of the New World variety, one that lines up Kiwi hop Motueka alongside Citra from the US and old school Tettnang.

The aim, according to the brewers is to "capture Spring in a glass". And they reckon that means a beer in which the hops have been chosen to "accentuate the citrus character of a punchy, refreshing pils", one they say is "vibrant, revitalising and smashable."