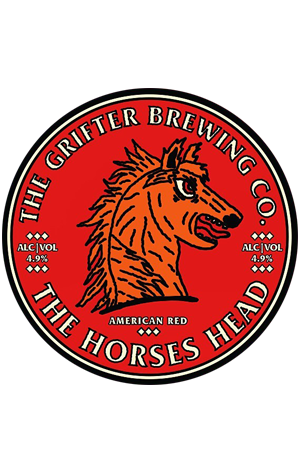 For their winter 2016 release the Grifter Brewing Company hasn’t gone as dark as trends might dictate – it’s more like they saw black on the colour chart then took two steps forward, one across and landed on red ale.

The Horses Head is absolutely full of fruity hop character, but more of the crisp, citrus kind rather than juicy like a melon. There is bitterness but it’s a bit-part player, simply doing its job without really being a concern. What is more noticeable is the crystal and dark crystal malts which give a sharp sweetness that rounds off nicely and helps the beer finish quite dry – perhaps another way of saying it’s rather moreish.

At a shade under five percent ABV, Horses Head has the alcohol to flavour ratio ramped right up in favour of the latter. This is by no means a contemplative winter warmer – it’s more like a flamboyant autumn ale that arrived at the party a couple of months too late and is here for a good time, not a long time.