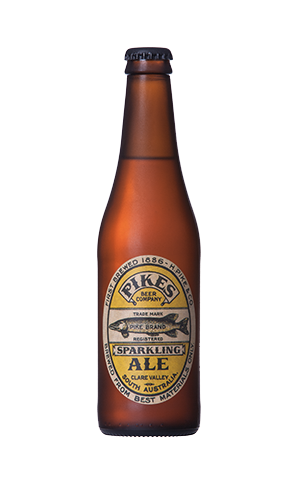 The original Sparkling Ales was one of the beers in the Pikes lineup said to enjoy a heritage stretching right back to the very earliest days of Henry Pike's brewing in South Australia in the late 1800s. And you could easily pick out similarities with another rather well known Sparkling Ale from SA that also dates from the 19th century.

But, in 2016, with the arrival of the new Pikes Pale Ale, the decision was taken to give it a new identity. The beer itself was considered somewhat confused stylistically so brewer Brad Nolen set out to find a new direction and a tweak to the old recipe ensued. There was a change to the malts, a transformation of the hop schedule and the new, improved Sparkling Ale now comes bottled conditioned too.

It pours slight hazy with a golden copper hue, from which Chinook and relatively unknown hop Eureka send forth lupulin claws that crawl up your nostrils trailing aromas of pine needles and grassy notes. The malt bill has been bolstered through additions of Vienna and Munich yet these flavours remain subtle thanks to the dominant hops in what's a very modern reinvention of a heritage beer.